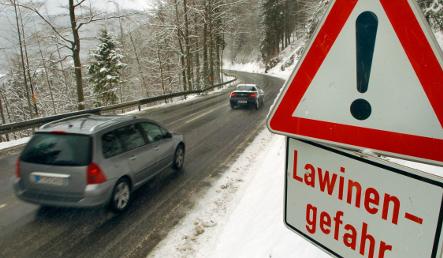 Continuing wintry weather conditions in the southern part of the mountainous state forced the closure of the B2 motorway between Weilheim and Mittenwald while explosives were used to trigger avalanches.

Meanwhile a natural snow slide blocked the B11 road near Walchensee. Fallen trees and avalanche danger also closed the B305 near the village of Reit im Winkel, authorities said.

Weather service Meteomedia said Tuesday that snow would continue to hammer the Bavarian Alps until evening.

Last week two men died and another was injured after they were caught up in avalanches in the region.