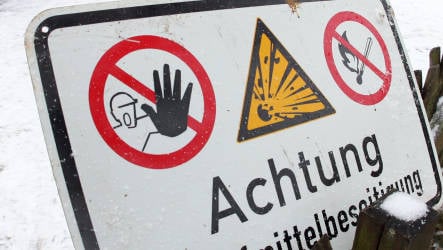 Construction workers discovered the 1,000-kilogramme American bomb on Monday afternoon at a work site in the city centre, police said on on Tuesday.

Before the Lower Saxony ordnance clean up team attempted to defuse the bomb, emergency workers evacuated a 3-kilometre area using radio announcements, patrol cars and even a helicopter to get residents’ attention. Police also set up areas for people to wait during the clean up.

Bomb experts defused the bomb at around 1 am on Tuesday morning.

Another major ordnance find cropped up on the Baltic Sea coast in September 2008 when municipal workers spotted a four-metre long (12-foot) piece of a World War II era torpedo near the Timmendorf beach.