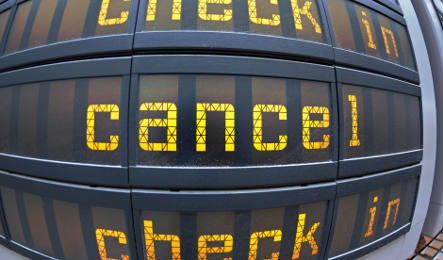 Because flights are not allowed to take off or land without fire fighters on hand, some 100 flights will have been cancelled by the end of the 3.5 hour strike, a Tegel airport spokesperson told news agency AFP. Meanwhile the Schönefeld airport will likely cancel 36 flights. The last flights out of both airports left for Frankfurt and Amsterdam shortly before 6 am.

In the second strike this month, some 1,500 Berlin airport ground personnel are fighting for an 8 percent wage increase, public workers’ union Verdi said. The airport employers are offering an increase of 2.6 percent with a one-off payment of €1,250. The two sides have plans to meet on Tuesday afternoon for a fifth round of negotiations.

An airport spokesperson said the employers are prepared to move forward with negotiations, but that the union would have to cooperate.

Berlin airport spokesperson Ralf Kunkel told broadcaster N24 that Verdi should no longer hold to its demand of an eight percent wage increase, saying that in a time when “the entire world economy is crashing, eight percent is beyond comprehension.”