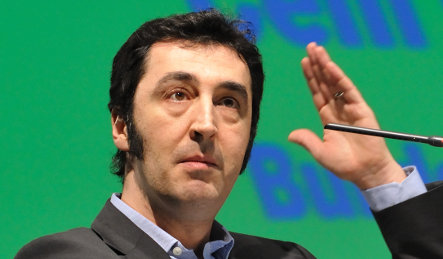 “We must unfortunately acknowledge that there are anti-Semitic mindsets not only in the right-wing or among the so-called left-wing anti-imperialists, but also in the Muslim community – particularly among male Arabic, Turkish and Kurdish youths,” Özdemir, the country’s first leader of a major political party with Turkish roots, told the paper.

These young men feel “marginalised” in German society and are identifying with the Israeli-Palestinian conflict, he told the paper.

“Not just in Turkey, but also here there are many immigrants who try to superimpose the Middle East conflict one-to-one onto Germany and regard themselves as members of the Palestinian side,” he said.

Muslim-German leaders must draw clear lines and emphasise that anyone who displays anti-Semitic sentiments will not be allowed to represent the community, Özdemir said, adding that educators should also openly address the problem.

A 2007 study by the Interior Ministry found that Muslim students were far more anti-Semitic than other students, the paper reported. Of 500 Muslim students who were raised in Germany, almost 16 percent agreed with the statement: “People of Jewish faith are arrogant and greedy for money.” This rate was double that of students with immigration background and three times as high as German students, the paper reported.

In November 2008, the environmentalist Greens elected Özdemir as the country’s first Turkish-German party leader, which prompted members to adopt the tongue-in-cheek slogan “Yes We Cem” based on US President Barack Obama’s campaign motto. In 1994 Özdemir became the first politician of Turkish origin to be elected to the German parliament, just two years after taking German citizenship.