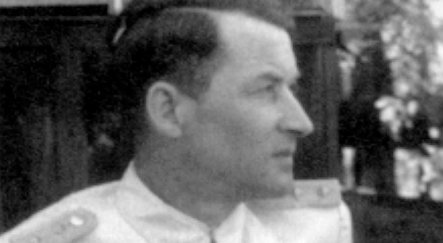 Wilm Hosenfeld will soon join the ranks of Oskar Schindler, Raoul Wallenberg and Carl Lutz at Yad Vashem. His daughter, Dr Jorinde Krejci, said the decision to recognise the late Wehrmacht officer at Israel’s Holocaust memorial in Jerusalem honours his and others’ resistance to the Nazis.

Krejci told The Local she and her family were delighted by the news this week that her father was to be named as Righteous Among the Nations for helping Jews during World War II.

“I am happy that Israeli people and Jewish people and Polish people, who all know about the terrible things that the Germans did, are now hearing that there were good Germans, German people who found it unacceptable and were desperate to stop these things happening,” the former doctor, now in her mid-70s, said from her home near Munich,

“There were good Germans who risked their lives to save others. Germans are not just the guilty people, there were also some rescuers and some helpers.”

It was Wladiyslaw Szpilman’s memoir which was used as the basis of Roman Polanski’s award-winning film “The Pianist,” which told the story of how he was saved by Hosenfeld in the ruins of the Warsaw ghetto.

Hosenfeld discovered Szpilman scavenging for food in a deserted house in the ghetto and hid him, risking his life to feed and clothe the Jewish man in the attic of the building used by the Nazi command.

“For our family it is a great honour that he will be admitted there as Righteous Among the Nations,” said Krejci. “It has all taken a long time. Szpilman, the most famous man he saved, started the campaign in his book many years ago.”

He also illegally employed Jews from the ghetto in the sports and education facility he was running in Warsaw for German troops, giving them jobs under false names to stop them being deported to the camps. But he did it all in secret, and did not tell those he helped who he was, nor about each other. This was to protect all those involved, but it also sealed his fate when the end of the war came and as a Nazi officer, he was captured by the Soviets.

They imprisoned him and despite the efforts of some of those he had saved, to secure his freedom, he died in a Soviet prison in 1952.

“When Szpilman and his son published the book, they started campaigning for Yad Vashem to recognise my father. It has taken all that time, about ten years. There were many difficulties along the way,” Krejci told The Local. “After all these years, and after he suffered so terribly in the Russian prisons, now at least he has the recognition that he deserves.”

Krejci said her father had been an early supporter of the Nazis, welcoming their promises to make Germany a strong country again after its devastation in World War I. As a teacher, he also supported their heavy investment in the education system.

“Even when he was drafted, and sent to oversee the sports facility in Warsaw, he turned it into a higher education college for the soldiers, built up classes and enabled the German soldiers to learn Polish,” she said. “Of course, as we now know he also secretly employed Jews under false names in order to save them from the camps.”

It was here that Hosenfeld developed the bitter hatred for what the Germans were doing in Poland. He sent furious letters back to his wife in Germany, containing such criticism of the Nazi regime and events in Poland that he and his family could have faced prosecution should they have been opened by the censor.

Even so, he never told his family that he was in the midst of taking even greater risks by saving Jews. They discovered the true depths of his heroism much later when one of the men he had employed, came to say thanks. This also started the campaign to get him freed from Soviet imprisonment.

“We first found out what he had done when Leon Warm came to visit us in 1950 just before he moved to Australia. He actually came to visit my father of course, and didn’t know he was a prisoner of war,” she said.

When Warm discovered Hosenfeld’s plight, he wrote a letter to Szpilmann in Warsaw and told him the former German officer now needed his help. Szpilmann never knew he had helped others and first visited Hosenfeld’s family in 1957 after he had died.

“It was only then that we knew just how much my father had risked, not just criticising what was happening in Warsaw in letters home, but that he had risked his life to save other people,” Krejci said.

A ceremony will be held this summer at the Israeli Embassy in Berlin where Hosenfeld’s family will be presented with a certificate and medal to mark his acceptance into the ranks of Righteous Among the Nations at Yad Vashem, Jerusalem.