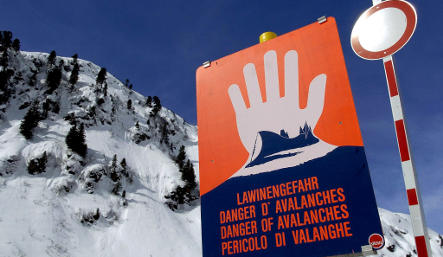 A 20-year-old skier was found dead on Thursday by a search and rescue dog, a day after an avalanche near Pfronten in the eastern Allgäu region, rescue services reported.

Meanwhile a 40-year-old winter sports enthusiast has been missing since Wednesday near Hochgrat bei Oberstaufen. He was overcome by a 150-metre wide slide, police said, adding that they have little hope of finding him alive after stopping Thursday’s search at nightfall. Rescuers said they believe he could be buried as deep as six metres under the slide and there is more snow on the way.

“Considering the expected snowfall, a successful search won’t be possible for the time being,” police spokesperson Christian Owsinski said on Thursday evening in Kempten.

A snowboarder who witnessed the slide alerted authorities and began searching for the man himself, but rescuers found only his backpack – which contained an avalanche transceiver.

Another 47-year-old skier was freed from a snow slide with life-threatening injuries near Wendelstein, police said. The man was on a ski tour with four friends when a 250 metre avalanche broke open and pulled him in. He was wearing an avalanche transceiver and his friends were able to locate him buried under two metres of snow and freed him within 30 minutes, police said. A helicopter rescue crew brought the hypothermic man to safety in a nearby hospital.