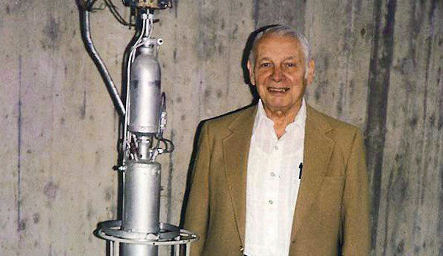 During World War II, Dannenberg worked at the German research centre at Peenemunde developing the V-2 ballistic missile with Wernher von Braun. Though it was developed too late to affect the outcome of the war, the rocket, constructed largely using slave labour, was a weapon of immense power and constituted a major technological breakthrough, the paper said.

Dannenberg was one of 118 scientists sent to the United States at the end of World War II as part of “Operation Paperclip,” to prevent them from falling into the hands of the Soviet Union, the paper said. Following the creation of NASA in 1958, Dannenberg became a researcher at the Marshall Space Flight Center in Huntsville. There, he worked on the Redstone and Jupiter rocket programmes. He then became Deputy Manager of the Saturn programme, which produced the Saturn V, the first rocket to send human beings to the moon.

After retiring in 1973, Dannenberg became a lecturer and mentor at the famous Space Camp in Huntsville. Ed Buckbee, former director of the Alabama Space & Rocket Center, told the Associated Press that Dannenberg “personally engaged with thousands of young people, taking his time to share with them his experiences of flying people into space.”

Looking back on his career in 1999, Dannenberg said that the first V-2 launch was the most memorable moment for him, AP reported. “If you look at the V-2 today and see it next to the Saturn V, you probably think it’s tiny,” he said. “But for us, it was a HUGE rocket, much bigger than any amateur rocket I’d ever seen or even imagined.”