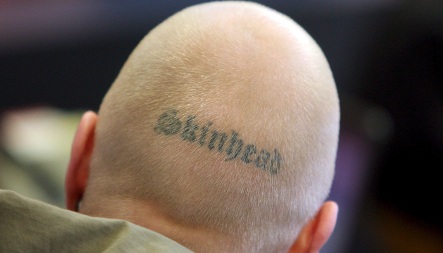 Trade unionist Holger Kindler has been to at least 20 rallies to protest neo-Nazi gatherings in various German cities and towns. But he says he’s never seen anything like what happened last Saturday.

Kindler was among the 80 unionists and leftists who were having a break at a motorway rest stop in the eastern German state of Thuringia on Saturday when a busload of 41 far-right extremists pulled in. He and his colleagues had just joined some 10,000 people demonstrating a major neo-Nazi march in Dresden.

”One of my colleagues who was in the car park called me on my cell phone and told me they had arrived and were aggressive,” he said. ”I just went into shock. It was a Nazi crew that was very political, not just sub-cultural. They weren’t satisfied with walking through Dresden.”

Five anti-fascist demonstrators were left injured, including one with serious skull fractures. The neo-Nazis weren’t bumbling skinheads, Kindler said. They were autonome Nationalisten or free nationalists – a radical, political segment of the far-right scene in Germany who are growing in number and, experts fear, poised to create a new wave of neo-Nazi violence.

The attack at the rest stop follows recent figures showing a 30 percent rise last year in far-right crime and the shocking knife assault on Alois Mannichl, police chief in the southern town of Passau. Though investigators have yet to find Mannichl’s assailant, they are looking for a man described as a tall skinhead.

These disparate events, according to observers, are explained by upheavals in the far-right scene caused by the breakdown of old alliances and the emergence of new, aggressive splinter groups.

”It’s a trend,” said Matthias Adrian, a former skinhead who now helps extremists quit the scene. ”We’ve noticed more threats against those getting out and attacks on democratic activists by right-wing extremists. The atmosphere has changed and it is now more aggressive. This is the tip of the iceberg.”

Jewish organisations are also deeply concerned. The Central Council of Jews in Germany and the American Jewish Committee (AJC) in Berlin believe the violence reflects the emergence of groups who had been aligned with extremist parties such as the neo-Nazi National Democratic Party (NPD) but have become frustrated by democratic politics.

”It’s not a coincidence,” said Deidre Berger, director of the AJC in Berlin. ”There’s a trend towards very loosely organised cells which use modern means of communication and are therefore harder to keep track of. It also means they can work across borders so you have more communication between these cell-like structures in different countries in Europe.”

As if to confirm this, police are looking for three Swedish neo-Nazis in connection with the Thuringia assaults, as well as home-grown extremists from western Germany.

”These cells are becoming more established and that’s definitely a major factor in the escalating violence. It’s a tremendous concern to us,” Berger added.

The NPD loses its sway

In the 1990s, the NPD courted neo-Nazi groups known as Kameradschaften, or Brotherhoods, using them as grassroots muscle to win seats in state and local elections. The NPD, radical though it is, curbed the most violent impulses of the Brotherhoods because violence turned away voters.

But with the NPD now riven by internal fighting and an embezzlement scandal that has implicated its leader Udo Voigt, many of these Brotherhoods have become disillusioned and are splitting away, experts say.

”A lot of them are angry now because they’re seeing these NPD politicians with nice jobs and cars and drivers and they’re wondering, ‘What did we get out of this?”’ a government intelligence official from North Rhine-Westphalia told The Local.

In early January, a leading neo-Nazi, Thomas ”Steiner” Wulff, called for the dissolution of the Volksfront, an alliance between the NPD and independent far-right extremist groups. Wulff, who gets around in a peaked cap and greatcoat and took his nickname from the Nazi tank commander Felix Steiner, was instrumental in unifying neo-Nazi groups in the 1990s.

She said if key autonomous nationalist leaders continue to leave the NPD it could mean more violence is in store without the party to keep them on a short leash. “At the moment, no one can say what they’re going to do. They are unpredictable,” she said.

The Federal Office for the Protection of the Constitution, Germany’s domestic intelligence agency charged with watching extremists, is naturally cautious about drawing conclusions from the latest data and incidents such as the rest stop attack, but an official from the agency admitted the government was worried by the growth of the skinheads, neo-Nazis and other far-right extremists seemingly operating independently.

They are a new phenomenon in the scene and they are more interested in confrontation,” he told The Local. “At demonstrations, you notice they are less willing to take the orders of the police and more willing to fight the left-wing counterdemonstrators. Even most of the right-wing scene says they are too aggressive.”