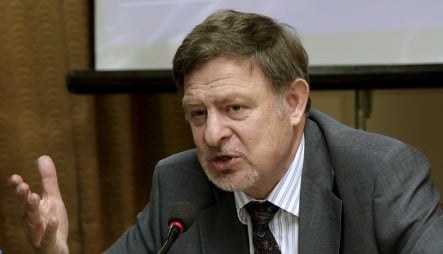 The appointment of Bernd Mützelburg, currently Germany’s ambassador to India, to the role will “further intensify Germany’s diplomatic engagement in Afghanistan and Pakistan,” the foreign ministry in Berlin said.

US President Barack Obama last month named Richard Holbrooke as his special envoy to Afghanistan and neighbouring Pakistan – collectively dubbed AfPak – tasked with implementing an integrated US strategy towards both countries. Last Monday Britain appointed Sir Sherard Cowper-Coles as its envoy to Pakistan and Afghanistan.

Pakistan’s rugged tribal regions have been wracked by violence since becoming a stronghold for hundreds of Taliban and al Qaeda rebels who fled across the border to escape the US-led invasion of Afghanistan in late 2001.

The area has been at the heart of strained relations between Islamabad and Washington, which has accused ally Pakistan of not doing enough to stop Islamist militants from attacking international troops across the border.

Obama has called Afghanistan the main front in the “war on terror” and plans to send a further 30,000 troops, doubling the US military contingent fighting a Taliban-led insurgency alongside 50,000 NATO troops.

Germany plans to send 600 more soldiers to Afghanistan to help provide security for presidential elections in August, a NATO diplomat said Monday. The troops, who add to around 3,500 German personnel already in Afghanistan, will arrive six weeks before the polls and remain until after any possible second round of voting is held in September, the diplomat said.

The polls will be a key test of President Hamid Karzai’s rule as well as seven-year-old US and NATO-led efforts to help stabilise Afghanistan and spread the rule of its weak central government across the strife-torn country. Those efforts have been undermined by a Taliban-led insurgency entrenched in southern and eastern regions.

Germany, which has been criticised for not sending troops to those regions, has its personnel deployed in the relatively quiet north of the country. Last month, NATO Secretary General Jaap de Hoop Scheffer appealed for 10,000 more soldiers to bolster security for the elections.