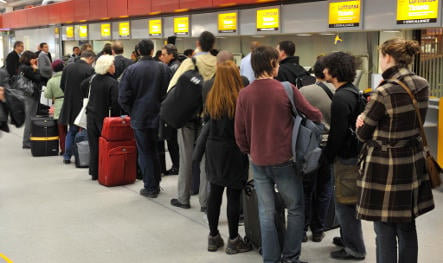 At 6 am, airport workers at Tegel walked of the job for two hours. Seven flights were cancelled, most of them with Germany’s biggest carrier Lufthansa, an airport spokesperson said, stressing that the airport is still open for business.

At 7 am, workers at the Schönefeld airport also staged a two-hour strike, Verdi said, adding that participants included those from guest information and vehicle drivers. The strike could cause serious disruption to air traffic in the capital city, the union said.

Verdi is fighting with Berlin airports to get a wage increase of 8 percent for the some 1,500 airport workers in Berlin. The employers have so far offered a raise of 2.6 percent and a one-off payment.