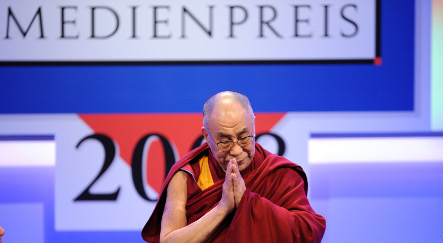 “Today there is too much anger. (The) situation is very tense,” he said during a visit to the western German city of Baden Baden. “At any moment, an outburst could happen. This is my worry because with more uprising, there will be more crackdown. Things are very sad. ”

The Dalai Lama was in the spa town of Baden Baden on the 60th anniversary of his exile for a ceremony on Tuesday where he received the 2008 German Media Prize – awarded every year by a panel of German editors and journalists.

“As soon as people are arrested, they use torture, and sometimes they kill them. Since public execution is difficult, they use torture when Tibetans are detained,” the Dalai Lama said. “In many places, schools are closed, especially private funded schools.”

The Dalai Lama has lived in exile in Dharamshala, northern India, since he fled Tibet in 1959 following a failed uprising against Chinese rule. China considers him a separatist agitating for independence for his Chinese-controlled Himalayan homeland and issues strong protests whenever he meets with leaders overseas or is accorded an official welcome of any kind.

Sino-German ties have only recently recovered from a deep chill after Chancellor Angela Merkel met with the Tibetan leader in September 2007.

The Dalai Lama denies he is seeking independence, saying he only wants more autonomy for Tibet and an end to Chinese cultural oppression.