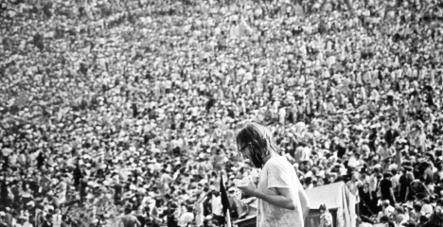 The music festival at Tempelhof, which was shut down to air traffic last autumn, will take place simultaneously with a concert at the original Woodstock location in upstate New York, according to its founder Michael Lang.

Media Consulta, a Berlin-based PR firm promoting the flower-power spectacle, said on its website that Lang expected a crowd between 200,000 to 300,000 people at the concert in the German capital this summer.

“The airport Berlin Tempelhof will serve as the ultimate concert location,” Media Consulta said in a statement.

Organisers say there will be a line-up similar to the original Woodstock festival, with Santana, Joe Cocker, The Who, Neil Young & Crazy Horse, The Grateful Dead and Joan Baez expected to take to the stage either in New York or Berlin.