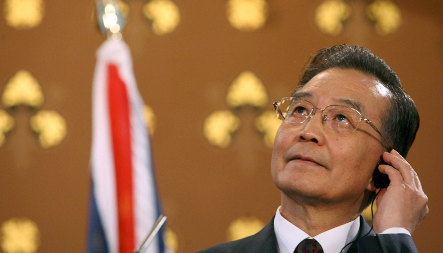 “Education is the best help for a young student,” Wen said in a statement posted online by the Chinese Foreign Ministry over the weekend. “It is hoped that the University will give the student an opportunity to continue his studies at the University. As a Chinese saying goes, it is more precious than gold for a young person to turn around to redress mistakes. It is hoped that this student will see his mistake and seek to understand a real and developing China.”

The Foreign Ministry acknowledged an apology to the premier from both the University of Cambridge and the student, 27-year-old Martin Jahnke, who will face the Cambridge Magistrates’ Court on Tuesday, accused of interrupting Wen’s speech by throwing his shoe, calling him a dictator and asking him to protest China’s human rights violations.

According to news agency AFP, Jahnke studies at the university’s Department of Pathology and will be charged with using threatening words or behaviour to cause fear of or to provoke violence, an offence that could mean up to six months in jail and a hefty fine.