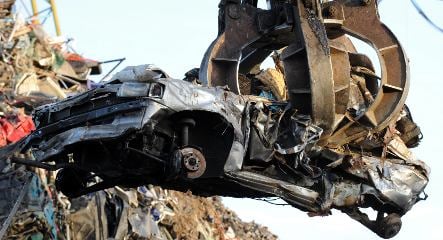 I was already thinking of taking advantage of the massive discounts on cars to trade my 1996 Opel for something a little more trustworthy and am now enticed by this €2,500 bonus the government is offering for new cars. But I’m a little wary of German bureaucracy – is it truly good deal and if so, how do I get it? Scott Shubert, Heidelberg.

As part of its efforts to battle the global economic slowdown, the German government recently enacted two economic stimulus packages, the second of which includes a €2,500 “environmental bonus” for anyone trading in their old car for a new one.

The programme is designed to encourage used car buyers to add their old polluting jalopy to the scrap heap before driving into the sunset on a new, cleaner-burning steed. The government hopes the subsidy will stem if not reverse a 14 percent decline in new car sales in January, thereby supporting Germany’s most important employer – the car industry reportedly allows one in five Germans to bring home the bacon.

Your fear of Teutonic bureaucracy is understandable, but the procedure is relatively easy – if paper-intensive – for German standards. First off, the car you want to jettison must be over nine years old and you must be recorded in the car’s registration as the owner for at least the past year.

If this is the case, then you first need to download the subsidy application from the website of the Federal Office for Economy and Export Control (www.bafa.de) and then take your old car to a certified scrap yard (listed under www.altfahrzeugstelle.de). The junkyard will give you proof that you gave up the car as well as sign your application that it will feed your car to a shredding machine and recycle it, rather than sell it on to Eastern Europe or Africa.

You then pick out either a shiny new vehicle or what’s known as a Jahreswagen, a car that’s been driven by an employee of the manufacturer for less than a year. Take the registration papers for the new car as well as the title and registration (Fahrzeugschein and Fahrzeugbrief or Zulassungsbescheinigung Teil I and II) of your old car to the department of motor vehicles (Zulassungsstelle). They will both note the scrapping of your old car in its papers and give you new registration papers for your new car.

In order to make the payment, the government wants the following documents:

• copy of the bill of sale or lease contract

• for Jahreswagen, a confirmation from the dealer confirming it fit the guidelines

Most dealers are willing to fill out and file the paperwork for you, but make sure you sign on all the necessary dotted lines.

However, there are a few things to be cautious of still. First, the government has only allotted €1.5 billion to be spent on the program, which works out to be a little less than 600,000 new cars since the cash has to cover the administrative expenses as well.

The key date in the programme is the date of registration, so if you order a car from the factory that takes three months to be delivered (and then registered), the money may be gone before you can claim it.

Most manufacturers are now also advertising prices that include the subsidy – that €5,000 Dacia isn’t actually €5,000. And, finally, make sure that Jahreswagen fits the government’s definition and isn’t just a used car.

And that’s it! Now can I get a ride to the train station?