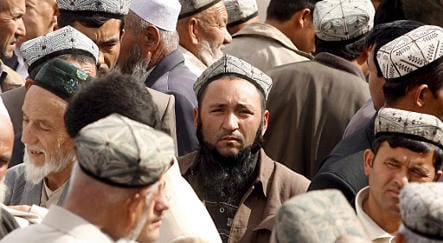 Members of the Muslim Uighur group in China. Photo: DPA

A city hall official on Friday confirmed a report in the Süddeutsche Zeitung newspaper that the municipal council had supported a motion to this effect put forward by the Green party on Thursday.

Munich’s Social Democratic Mayor Christian Udea said his city wanted to send “an early signal” to the US government in case Berlin gets a formal request from Washington to take the Uighurs, the newspaper reported.

“The reception of the Uighur prisoners will be carried out in line with common procedures for taking in refugees,” the council’s resolution states.

However, the offer will need approval from the cross-party government of Chancellor Angela Merkel, which is divided on the issue of taking inmates from Guantanamo after Washington closes the prison for terror suspects.

Social Democrat Foreign Minister Frank-Walter Steinmeier is in favour of taking in some freed prisoners, but Christian Democrat Interior Minister Wolfgang Schaueble is against.

The case of the Uighurs – arrested by bounty hunters in the wake of the US invasion of Afghanistan in late 2007 and held at Guantanamo for the past seven years – is exceptional.

All have been cleared of terrorist activity, but Washington has declined to repatriate them to China for fear they would be persecuted or tortured.

Beijing has demanded the return of the 17, who it says were part of a United Nations-listed terror group seeking an independent homeland in the Uighur-populated Xinjiang region.

Lawyers for three of them have filed applications for refugee status in Canada, prompting a warning from Beijing on Thursday.

“We have expressed our position many times about those Chinese terrorists detained at Guantanamo. We are opposed to any country accepting those people,” Chinese foreign ministry spokeswoman Jiang Yu told reporters in Beijing.

“We hope the parties concerned can conveniently resolve this issue according to international laws and regulations.”

Uighurs, who are mostly Muslim, form the largest ethnic group in northwest China’s remote but strategic Xinjiang region that borders Central Asia. Some hope for independence from China.

Ansgar Can, Vice President of the World Uyghur Congress based in Munich, called on the European Union Tuesday to welcome the detainees, saying they are innocent yet “still in prison and no one wants them.”