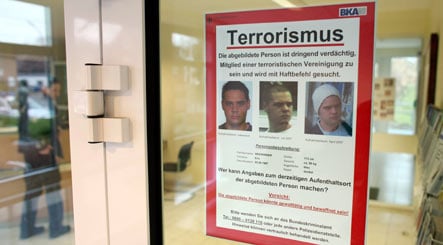 “Nothing that one hears from these networks is headed in that direction,” Schäuble said, adding that groups of international terrorists were not reacting to President Barack Obama positively despite his efforts at reaching out to the Muslim world.

“Islamist terrorism existed before former President George W. Bush took office and it did not end with the end of his service,” Schäuble said. “Its root causes are in conflict with the Islamic world. And we need to react with security policy and peaceful foreign policy.”

Schäuble also said that international cooperation should be improved, adding that the security conference in Munich this weekend, to be attended by world leaders such as US Vice President Joe Biden, was a good platform for Germany and its allies to work together.