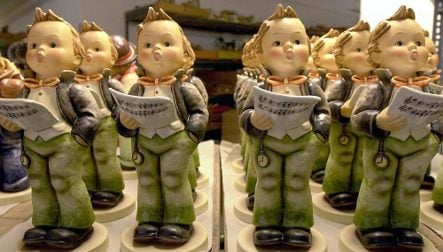 New owner Höchster said on Thursday it had acquired the factory equipment and necessary rights to go on making the stylised child figurines. Goebel had announced it was axing the line in June.

“We want to give Hummel figurines the same significance they had in their best times for collectors and admirers,” investor Jörg Köster said. He took on Höchster’s operations in 2001, revamping the traditional company and targeting new customers.

The newly founded company, called Rödental GmbH, will have a much reduced staff of 30 and will continue working at the Goebel factory in the northern Bavarian town of Rödental.

Goebel had been producing the M.I. Hummel figurines based on the drawings of Bavarian nun Sister Maria Innocentia Hummel since 1935. The company, founded in 1871, also manufactures tableware, earthenware, and other porcelain figurines. But last year, demand for the figurines dropped to one-third of what had been expected, causing the company sustain serious losses before choosing to cease their production.