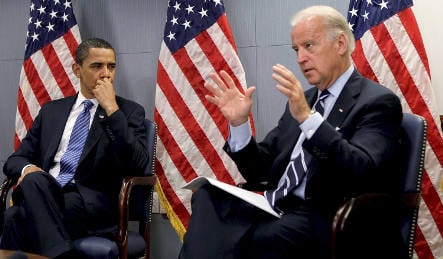 Biden’s speech at the conference Saturday was billed by an Obama official who requested anonimity as “the first major foreign policy of this White House.”

While Obama focuses on the economic crisis back home, Biden in Europe “will outline the sort of vision of foreign policy and national security policy that this administration brings to the world stage now that it’s in power,” the official added.

It will stress Obama’s multilateral approach, he added, barely concealing the intent to make a clean break with the troubled years of the George W. Bush administration, from the strained relations over the Iraq war to tensions with Russia.

Obama, said the official, wants to put out this message: the relationship with Europe “is still a top tier issue for this administration.”

“That we take restoring what in some cases are strained relationships, and building on existing relationships, we take it all very seriously because we recongnise there is virtually no problem around the world that America can solve by itself.”

US officials were also keen to point out that Russia also loomed large in the Munich talks.

“I don’t think you can look at Europe without integrating Russia. So yes, Russia is part of Europe and we view our relations with Russia as very important,” the official said.

Besides Biden, Obama’s delegation to Munich will include national security advisor General James Jones, his special envoy to Afghanistan and Pakistan Richard Holbrooke, and top commander of US forces in Afghanistan and Iraq General David Petraeus.

The Russian delegation was still undetermined, but it is possible Biden could hold bilateral meetings with Russian officials on the sidelines of the conference.

Asked whether an announcement that could ease relations with Moscow might be expected at the conference, US officials said Biden was not heading to Munich to make new policy announcements, or “to cut deals” at bilateral meetings.

However, the official added, “he is the vice president and I don’t think that any issue is off the table in the bi-lats.”

Officials said the emphasis in Munich would be put on common interests facing major international challenges, on Obama’s basic principles including “that you do not have to choose between security and values,” and “to set the right tone” for future relations.

Biden is expected to stress the need for a bigger effort by the international community in Afghanistan, one of Obama’s top priorities.

US policy in Afghanistan is currently under review and Munich gives Obama the chance “to consult closely with our allies, to listen to their views as we move forward with trying to make some policy decisions,” another US official said.

The informal setting of the Munich conference benefits such exchanges, he added.

Regarding Iran policy which is also under review, the first official ruled out headline-making meetings between, for example, Biden and Iranian Parliament President Ali Larijani, who is expected in Munich.

“There is no plan to meet with anybody from Iran, but if you are saying ‘what if they run into each other in the hallway?’ I don’t anticipate that, I don’t know,” he added.