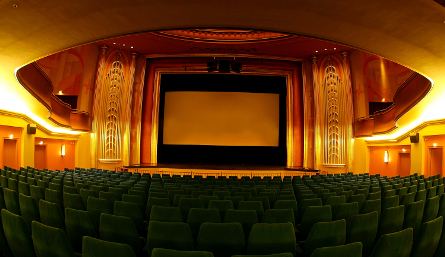 In the last year, some 129.4 million Germans went to the movies, an increase of 4 million from 2007 visits, the German Federal Film Board (FFA) reported. The numbers are particularly encouraging to theatre owners because in 2007 theatres reported a reduction of 11.3 million visitors, or almost 8 percent.

Meanwhile 26.6 percent of movie tickets sold were for German films, the highest rate since 1991, up by almost 19 percent from the previous year.

The most successful film of the year was a German film, heartthrob Til Schweiger’s romantic comedy Keinohrhasen, or “Rabbit Without Ears,” which sold 4.9 million tickets – more than the most recent James Bond film “Quantum of Solace,” the country’s second most popular film in 2008.

German film has gained prominence over the last several years along with the Berlinale film festival, which runs this year from February 5-15. The 59th annual festival features a record 98 German film productions, among them “The Reader,” starring Kate Winslet.

German films have been nominated for Oscars several time in the last seven years, and this year five films are in the running for the coveted award.

“The German film, with its diverse palette of themes, has arrived on the international scene,” Culture Minister Bernd Neumann said in a statement on Wednesday, adding that the country had been home to big film productions like Tom Cruise’s “Valkyrie,” and cult film director Quentin Tarantino’s “Inglorious Bastards,” both of which filmed at Berlin’s Babelsberg studios.

“This means that not only is the film industry strengthened, but more German themes, actors and writers are getting more international attention,” Neumann said.