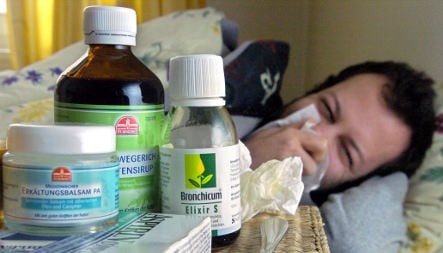 Flu infection rates are higher than they’ve been in the last three years as a flu epidemic has spread rapidly across the country in recent weeks, Schweiger told the broadcaster. She said the virus type is fortunately not more dangerous than other strains – it simply infects more people.

But Schweiger said concerned Germans shouldn’t rush out to get a flu immunisation shot, because she expects the rash of infections to subside in coming weeks and immunisations don’t take hold for at least two weeks. And anyone considering a flu shot should first consult a doctor, she said.

Last month flu experts said that nothern Germany had been the hardest hit by the dreaded virus this winter as it spread quickly throughout the region to leave a horde of groggy, achy and nauseous Germans in its wake.