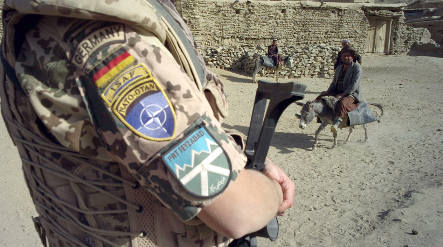 According to the paper, the number of post traumatic stress disorder (PTSD) cases for Bundeswehr soldiers has risen from 55 in 2006 to 226 in 2008.

Symptoms like depression and addiction are effecting soldiers who struggle to return to normal life after their service in the dangerous country, the paper reported.

Politicians are taking notice and a plan to address the issue in parliament in the next week, “in light of the increasing number of cases and anticipated future operational scenarios,” a petition from grand coalition partners CDU and SPD said.

The paper estimated that the number of unreported cases could be high, because previous Defense Ministry figures stated that less than one percent of German soldiers suffered from PTSD, meanwhile American and Scandinavian troops report a rate of between four and five percent.