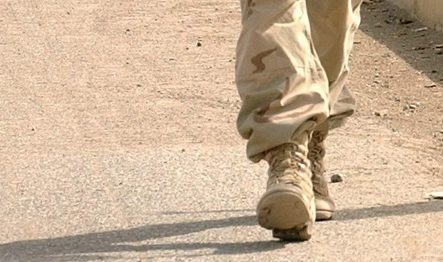 Citing profound moral opposition to the US-led invasion of Iraq, Andre Shepherd, 31, went AWOL from his base in southern Germany in spring 2007 and spent 19 months on the run before applying for asylum in November last year.

Shepherd, originally from Cleveland, Ohio, completed a five-month stint in Iraq between September 2004 and February 2005 where he serviced Apache helicopters as part of the 412th Aviation Support Battalion.

When ordered to redeploy to Iraq, he felt he could not continue to serve in what he said is a “completely illegal war” and will be the first US soldier to claim asylum in Germany in a landmark case. “Wednesday is my chance to tell my side of the story,” Shepherd told AFP on

He said his case rests on the illegality of the war and the fact that he would be “unfairly prosecuted if handed over to the US authorities.”

Tim Huber from the Military Counseling Network, which has been working with Shepherd, told AFP that the potential legal precedent of a positive ruling would have a “huge impact.”

“There would not be a whole lot stopping US soldiers walking off their bases” to claim asylum, he told AFP.

“The gist of this whole thing is that he went AWOL because he didn’t believe in the war in Iraq. He agreed with Germany,” Huber said, where people were overwhelmingly opposed to the 2003 invasion.

Huber also pointed out that part of Germany’s own law – set up by the US military at the Nuremberg war crimes tribunal after World War II – says that soldiers must take responsibility for their own actions.

“Just following orders is not an excuse. What we have here is a case of a soldier following his sense of personal responsibility,” he said.

However, Shepherd’s lawyer, Reinhard Marx, said that although he was confident his legal case was strong, the ruling could put Germany in a tight spot politically, which could affect the outcome of the hearing.

The hearing takes place in the western German city of Karlsruhe at the Federal Immigration Office – part of Germany’s interior ministry. Marx said: “The government will take the last decision. They won’t leave it to the administrative departments.”

The hearing is expected to last three or four hours and is closed to the public. A decision on Shepherd’s application for asylum could be expected in the next four months, Marx said.

Shepherd himself said the procedure could “potentially last years.”

Nevertheless, he vowed to appeal in the courts if his application is rejected.

“I will definitely fight on, as I don’t believe I or anyone else should be prosecuted for doing what they think is right,” he said.

He said if asylum is granted he would “definitely settle in Germany” and has “absolutely no desire” to return to the US, despite the change of power in the White House.