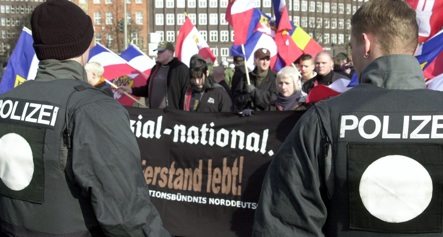 Having found out on Saturday evening that the illegal event would take place on the former Briest airstrip, police summoned over 300 officers from three different states – Brandenburg, Saxony-Anhalt and Berlin – and proceeded to disperse the large crowd of skinheads and other right-wing sympathisers while the concert was underway.

Several restraining orders were issued, and many of the concertgoers were searched, but no arrests were made. According to police, it became clear during the operation that the right-wing extremists had travelled to the event from all over Germany.