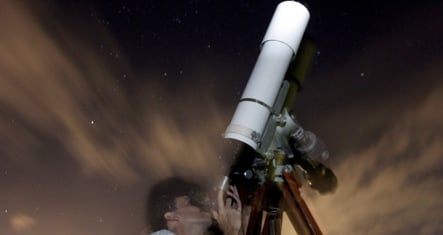 According to police, a concerned man called them in the evening saying he had, for the past few days, noticed a bright object just beneath the moon. The man said it was much too bright to be a star, and the police promised to investigate the matter for him.

Going above the call of duty, officers contacted astronomers to assure the unnamed man, and themselves, that the object was not an alien spaceship. They were informed that various objects brighter than stars could appear in the evening sky near the moon around this time, including Venus, Saturn, the comet Lulin, and the International Space Station.

It turned out that this last was most likely to be the object observed by the anxious southern stargazer. According to police, he was satisfied with the explanation, and all police officers involved went to bed with another good night’s work behind them.