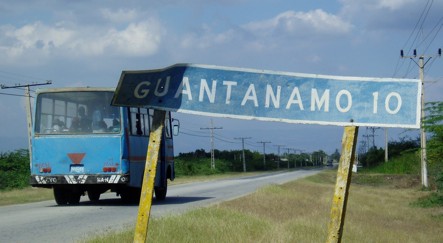 Steinmeier told the Dresden-based newspaper Sächsische Zeitung that there had already been informal requests from the US to several European Union countries, including Germany. It became clear, Steinmeier said, that formal requests would soon follow. Steinmeier emphasised that Germany would not take in Guantanamo inmates without more information.

“No-one is fighting over Guantanamo prisoners,” Steinmeier said, “But Germany has been calling for the closure of the camp for years. We can’t just hide now that things are starting to happen.”

The issue has caused a storm of political argument since the prospect of taking in inmates of the infamous prison camp was publicly discussed late last year. In the interview Steinmeier tried to assuage concern by underlining that only prisoners who the American government believed to be innocent, and who could not return to their home countries for humanitarian reasons, would be considered by Germany.

According to a report in the Frankfurter Allgemeine Sonntagszeitung, President Barack Obama asked Chancellor Angela Merkel for German cooperation on the question of Guantanamo Bay in a phone call shortly after his inauguration. Merkel is said to have replied that the issue is currently being discussed amongst Germany’s European partners.

The issue is a thorny one for Merkel because she is caught between the positive views of her Social Democratic foreign minister and those of her conservative Christian Democrats (CDU).

The head of the CDU’s parliamentary group, Volker Kauder, recently told the Frankfurter Allgemeine Sonntagszeitung: “As Germans we have no reason to take in Guantanamo prisoners.” Kauder claims he cannot see why these prisoners cannot stay in America.

But Berlin‘s Interior Minister Ehrhart Körting, a member of Steinmeier’s Social Democratic Party, also echoed Kauder’s words: “I don’t want that kind of people in Germany.” According to Körting, the prisoners that Germany could take in chose to move to Afghanistan when it was ruled by the Taliban. “That shows the kind of people they are,” Körting said.