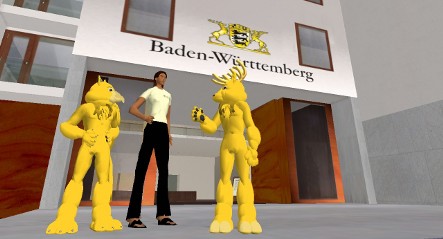 “Dangers on the internet have become an important focus in police prevention,” said LKA official Stefan Middendorf, adding that more people are using virtual platforms like Second Life or Fregger for fraud and money laundering.

More child pornography and threats of violence are being registered by LKA police investigators too, he said.

The phenomenon has become so big that it’s now a topic for scholars, who plan to discuss the issue on Friday at a symposium in Heidelberg. One theme will focus on how the world can form international standards and user rights. Meanwhile psychologists and sociologists will discuss the effects of such games on how children develop.

Such discussions are an “important step,” particularly in fighting game addiction, Middendorf said. Beyond criminal dangers, he said he worries that “the youngsters develop a certain dependence.”