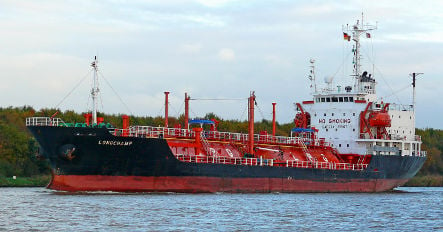 “There was a heavy exchange of gunfire [but] the crew is believed to be safe,” said Andrew Mwangura, head of the Kenya chapter of the Seafarers Assistance Programme.

He added that it was still unclear whether the exchange was between different groups of hijackers or with foreign navies patrolling the pirate-infested waters.

The MV Longchamp, operated by a crew of 12 Filipinos and one Indonesian, was transporting liquefied petroleum gas “from Europe to the Far East,” Mwangura said, without giving exact locations. The pirates took control of the Bahamas-flagged vessel and headed for the Somali coast, he added.

The seizure brings the number of ships currently in the hands of pirates to 16.

Pirate attacks in the waters east of Somalia – the Gulf of Aden and the Indian Ocean – increased by nearly 200 percent in 2008, according to the International Maritime Bureau.

Last year also saw the biggest seizure ever by pirates when a band captured a 330-metre-long Saudi-owned super tanker carrying two million barrels of crude oil. It was later released.