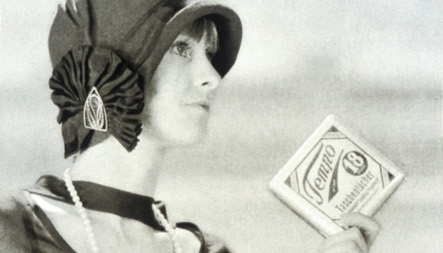 It counts among the longest and most reliable seasons in Germany: that of the tissue. Street corners, metro floors, office rubbish bins and bedside tables everywhere attest to the ironic indispensability of something so disposable.

Eight decades have seen numerous German brands come and go, but only one has earned its place among the most-used eponyms in the world. Tempo, like Kleenex in the United States, has become the common noun for tissue, and the brand marks its 80th birthday on Thursday.

Every third tissue in Germany bears the Tempo trademark, making it number one on the market – despite a plethora of discount alternatives. Some 460 workers are responsible for the production of 20 billion sheets of tissue each year at the Tempo factory in Neuss near Düsseldorf.

The birth of blow-and-throw culture in Germany took place in Heroldsberg near Nuremberg in 1929. Jewish inventor and paper manufacturer Oskar Rosenfelder registered the name Tempo with the Patent Office of the German Reich, or Reichspatentamt, on January 29 with the United Paper Factory of Nuremberg (Vereinigten Papierwerke Nürnberg).

It was the first-ever one-use absorbent paper tissue to hit the shelves in Germany.

Rosenfelder never reaped the fruit of his labors, though. Following the Nazi rise to power, the fascist newspaper Der Stürmer launched a hate campaign against what they called the “Camelia Jews,” in reference to the Camelia women’s sanitary towels that Rosenfelder already produced.

Rosenfelder fled the country and his assets were seized by the government, allowing Nazi party member Gustav Schickedanz of Quelle to assume control of the business in 1935.

Aggressive Tempo advertising campaigns in the 1930’s encouraged a new “throw-away” mentality, shaming anyone still washing the family’s used handkerchiefs. It wasn’t long before marketers had convinced housewives that one-use tissues were more sanitary than conventional rags – even as doctors attested to the safety of any textile that was only used once.

Not even recent green trends have been able to discourage the immense popularity of the Tempo in Germany. While plastic bags have become questionable among the environmentally conscious, it still remains taboo to criticise the use of disposable tissues.

Maybe it’s because Tempo has become a household word just like the German brands Tesa for tape or Selters for bottled water. In a testament to the power and influence of its massive marketing campaigns, the brand is now known in 40 countries and enjoys an almost 100-percent recognition rate among Germans.

Tempo, now owned by the Swedish SCA Group, had a turnover of €2 billion in 2007.