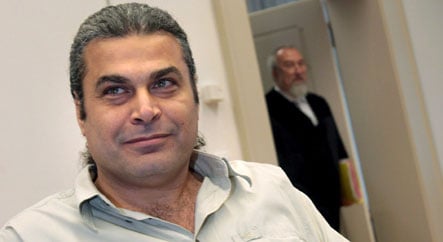 A victim of the CIA’s secret rendition flights, el-Masri is claiming compensation from Macedonia’s government for the three weeks he spent imprisoned there, his lawyer Manfred Gnjidic told news agency AFP on Monday.

El-Masri also filed lawsuits against the United States, where the Supreme Court upheld a decision to reject his case on national security grounds in 2007, and Spain, where he was to be taken to for questioning.

Gnjidic said his client was beaten and bullied for five months without explanation in Afghanistan before being freed. He added that el-Masri’s detention and interrogation at the hands of the CIA left him traumatised and caused him to seek psychological help after he set fire to a supermarket.

Rendition flights, whereby terrorism suspects are transferred covertly to a third country or to US-run detention centres, started after the Sept. 11, 2001 attacks on New York and Washington.

This article has been corrected. AFP originally claimed el-Masri had won damages from Macedonia.