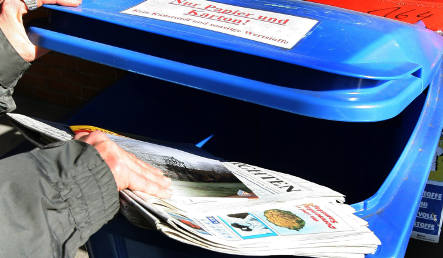 “He got himself stuck upside down in the opening and suddenly couldn’t move back and forth,” a police spokesperson said.

An acquaintance of the man’s called the fire department when he saw the helpless 39-year-old’s feet poking out of the container on Sunday evening, police reported. Fire department workers used metal cutters to widen the container opening, which then caused the man to fall all the way inside.

Authorities were forced to cut a large hole in the container and build a makeshift lifting ramp to free the man about an hour later, police said.

“He had his keys again, but sustained a few cuts and bruises to get them,” the spokesperson said.