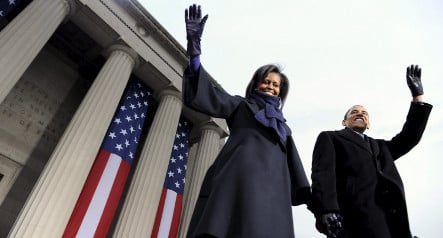 This Tuesday, you – Mr. President – the United States, and the world will be facing numerous challenges of enormous importance ranging from the crisis in the global financial markets to the global climate crisis. As you prepare to take office, you will have to decide which of the America’s allies will be able to help you realize the foreign policy goals you set.

We have provided a map of the political and economic landscape in which relations with a key American ally – the Federal Republic of Germany – can help you with these monumental decisions. You might ask: Why single out Germany? Why not deal with the European Union instead of individual members?

The reasons are manifold.

The European Union is a powerful group of states seeking to pool their resources. But it remains a work in progress, uneven in its economic and political consensus and in its ability to steer its capabilities. As long as Europe continues the process of defining itself, the US will need to be in direct communication with the key national leaders in European capitals, such as Chancellor Angela Merkel in Berlin. Although the American focus is no longer on Europe as it was during the Cold War, the transatlantic partnership – and Germany – continues to play an important role.

As in all bilateral relations, there will not be synergy on all fronts. But by virtue of its economic weight, its political influence, and its critically important role in many highly volatile areas of interest, you and the United States will be better served by engaging Germany in shaping the world you will confront in your first term.

The following outlined issues are not in order of importance and cannot be seen independently; security issues are intrinsically linked to energy issues and to policies addressing climate change, which, in turn, impact economic decisions.

THE RUSSIAN CHALLENGE AND ENERGY SECURITY

Russia defies the previously accepted logic that economic success is dependent upon political liberalization and that each will reinforce the other. Dealing with resurgent powers that have a different understanding of the rules of the international policy game poses a dilemma for the West. Exacerbating this in the case of Russia is the fact that half of the West—the European Union and its member states—depends on Russia for its energy resources.

The key to addressing Russian strength is therefore to unite the United States and Europe. Germany is the key player to achieve this as it represents an important bridge between East and West. The United States should encourage Germany to use this moderator role to convey Western positions to Russia, on the one hand, as well as alleviate any Russian fears, on the other.

To address the Russian challenge, the US should:

• Form a high-level working group with Germany and other key European allies to consolidate the West’s Russia policy;

• Craft a coordinated strategy on Russia to avoid a transatlantic rift, which would be exploited by Russia to the detriment of the United States and Europe;

• Support European efforts to coordinate its energy policy with an emphasis on renewable energy and alter native energy sources to decrease dependence on Russia in the long-run;

• Encourage Germany to use its special relationship with Russia in a moderating role; and

• Engage Russia, together with Germany, more creatively on issues not currently dominating the discussion, such as arms control and proliferation issues, global health, and global warming.

The NATO mission in Afghanistan is very controversial among NATO’s member states. But NATO also needs to reorient itself and undergo a strategic debate to achieve common goals for an organization which is still steeped in the strategic reality of the early 1990s. The US new administration faces reluctant European partners, many of which are cutting back on their defence budgets and, in the case of Germany, who face an electorate that does not support the mission in Afghanistan and which is deeply divided on NATO’s usefulness.

To succeed in Afghanistan and aid NATO’s strategic debate, the US should:

• Use NATO’s sixtieth anniversary in 2009 as an opportunity for an important speech early in the year on the alliance’s strategic orientation, convincing America’s European allies, and especially Chancellor Merkel, to extend a strategic debate into their nations;

• Recognize Germany’s engagement in Afghanistan since the start of the war and encourage Germany to strengthen and increase its military and non-military commitments; and

• Address the different understanding of threats and goals by developing a common strategic language between the US and Europe.

The Middle East – including the war in Iraq – continues to be a challenge. US national security depends on solving the Israeli-Palestinian conflict and finding a way of leaving behind a stable Iraq. These geopolitical conundrums are crucial for the rhetoric of al Qaida; Iran – if nuclear – would become an existential threat to Israel. The Middle East is one of the policy areas in which America’s European allies will be very helpful through their extensive ties in the region. Germany, especially, is understood as an honest broker by Israel and its neighbours and has extensive experience in negotiations in the region.

In dealing with the Middle East, the new president should:

• Use Germany’s role as honest broker in the Israeli-Palestinian Peace Process to achieve a two-state solution;

• Negotiate with Iran together with the EU-3 and Russia under a common strategy that includes sticks and carrots; and

Addressing global warming and finding solutions to reducing the rate of climate change are truly existential problems. While these issues were one of the stumbling blocks to successful transatlantic relations under the Bush administration, they present great opportunities for the incoming administration not only to contribute to solving one of the planet’s most pressing problems, but also for the United States to work with Germany, one of the leaders in environmental policy and technology, to increase its international prestige.

To find solutions for mitigating climate change, the US should:

• Draw on Germany’s long experience with environmental policies as an example for successes and failures of such policies in order to determine best practices and optimal solutions;

• Implement common environmental standards (i.e., in the automobile sector) with Europe; and

The financial crisis dealt a blow to the United States in 2008 and the repercussions of this global economic problem will continue to be felt around the world in 2009 – and likely beyond. The new administration’s political credibility depends not only on solving the financial crisis but on preventing a global depression. For such a tall order, the US will require allies. The world’s major economies will have to address the international architecture governing finance, with Germany being a natural partner for America.

To achieve much needed economic stimuli, the new president should:

• Invest political capital into the Transatlantic Economic Council and appoint a high-ranking member of the new administration to deal with its European counterpart;

• Come to an understanding with the members of the euro-zone to push Asian countries and in particular China to let their currencies float freely; and

Engaging pivotal allies such as Germany on the aforementioned issues will be the key to your successful foreign policy, Mr. President.

Among the EU member states, the United States has arguably the most special relationship with Great Britain. But over the course of the Cold War, Germany, too, became one of the closest allies to the United States. Marred by differences during the first years of the twenty-first century, this relationship is today maturing into a true partnership in which disagreements might occur, but without an attendant breakdown of the relationship itself.

Under your leadership, Mr. President, the American-German partnership must transcend the fraying thread of German gratitude for US help in the 20th century and instead re-establish itself as a strategy to address the current challenges facing the world.

Click here for more from the American Institute for Contemporary German Studies.