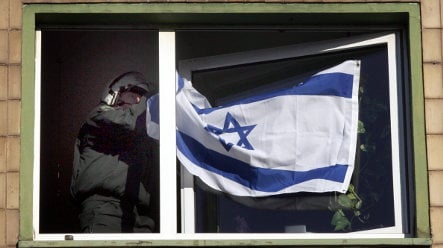 “I ask myself whether the German police are actually mentally capable of protecting the right to freedom of speech,” General Secretary Stephan Kramer told daily Frankfurter Rundschau.

The paper reported that there are several pro-Palestinian demonstrations planned for the weekend, and Kramer said it was no wonder that fewer people show support for Israel in Germany after the police decision to remove the flags.

“Today Jews and the supporters of Israel have more fear than they’ve had for years when they take their beliefs to the street,” he said.

Police in Duisburg removed the Israeli flags last Saturday – after forcing entry into two apartments – in order to calm a group of some 10,000 demonstrators protesting Israel’s recent military action into the Gaza Strip. The mostly Muslim demonstrators began to pelt the building with objects after they saw the flags and the police argued at the time they were trying to defuse what could have become a violent situation.

But the officers have since been widely criticised for taking down the flags instead of focusing on crowd control and are now under investigation for possible disciplinary action, the North Rhine-Westphalia Interior Ministry announced on Thursday.