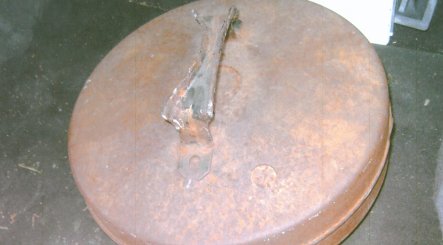 “There are events in the life of a policeman that bring beads of sweat to even the most experienced officer,” police said in a statement.

The 41-year-old woman hauled the 35-centimetre round metal object to the station in the boot of her car after a friend told her it looked like a land mine. She had found it in a forest and had been using it as a doorstop in her apartment since.

Police immediately cordoned off the area so that experts could test the rusty object. A specialist from Düsseldorf discovered that it was actually an old bed warmer probably used around 1900, police said.

But the woman declined to take the historic object back home with her.

“After all the excitement she will likely furnish her home with recognisable doorstops in the future,” the statement said.