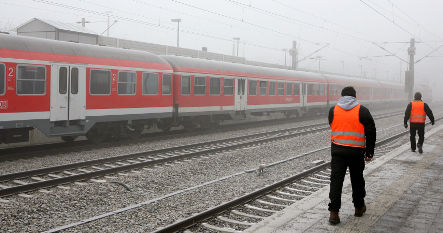 A railway worker noticed sparks coming from the rear of the train and notified the conductor, but the axles caught fire as the train pulled into Dachau. Locked brakes were apparently the cause of the blaze, Deutsche Bahn said.

More than 500 passengers were aboard when the flames broke out, and eight were treated for smoke inhalation while a ninth passenger was treated for unspecified injuries.

Passengers waited an hour before boarding another train at 9:01 am.

The train was pulled to a train yard in Munich for further investigation, Deutsche Bahn said.