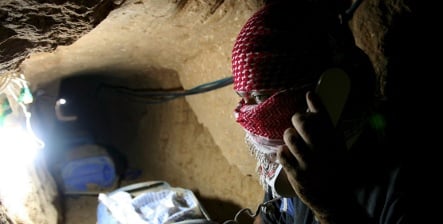 Foreign Minister Frank-Walter Steinmeier offered the team to Egyptian president Hosni Mubarak during a meeting at the weekend.

Steinmeier warned that elements in Iran were putting themselves forwards as representatives of Palestinian interests, and said this was a dangerous development.

Talking to the Welt am Sonntag he said, “Many of the people I have talked with in the Middle East tell me that Iran threatens to become the big winner of the Gaza conflict.

“And in fact, Teheran is taking on the role of agent of Palestinian interests in many parts of the Arab world. I consider this a very dangerous development. Another reason to reach a complete and lasting ceasefire as fast as possible.”

He said the expert team would be sent to Egypt as soon as possible.

He said he understood how the Israeli government could not accept the status quo, saying rockets had been fired onto Israeli territory for months, and that the international community should not leave the country to face such attacks alone.

At the same time, he said he doubted that military action would produce sustainable progress, calling for a politically-based ceasefire.

At least 35,000 people demonstrated across Germany on Saturday for a cease-fire in the Gaza strip.

Turkish-Islamic organisations had called for people to show their opposition to the Israeli attack and partial invasion.

The largest demonstration was in Duisburg, where around 10,000 turned out in chilly temperatures to show their opposition, while in Berlin around 8,500 people did the same.

Around 5,000 demonstrated in Mainz, some calling for the UN to intervene.