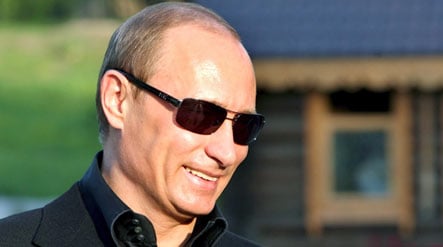 But will Vlad dance with the ladies? Photo: DPA

The ball on January 16 at Dresden’s sumptuous Semper Opera House is one of the highlights of the winter social season in Germany. The formal affair is traditionally opened by a dance of some 90 debutantes and their partners. Football legend Franz Beckenbauer is expected to be among the 2,000 guests this year, organisers said.

Putin became fluent in German while spying for the feared KGB from 1985 to 1990 in what then was communist East Germany. In addition to a planned meeting with Chancellor Angela Merkel made public last week, Putin will also attend the Green Week agricultural fair in Berlin Friday, deputy government spokesman Thomas Steg told reporters.

The talks with Merkel, who grew up in East Germany under communism, will cover pressing diplomatic, economic and energy issues, Steg said. Germany is widely considered Russia’s closest ally in Western Europe and is its biggest trade partner.