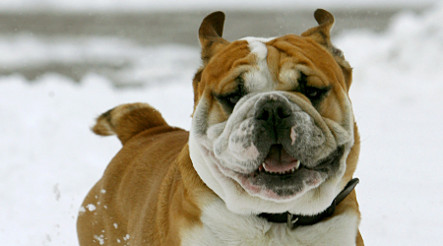 Just before 9 pm on Thursday evening, police received several witness reports that a bulldog was loose at an A29 motorway junction near Oldenburg. But police on the scene found no trace of the wily canine.

About 40 minutes later, more reports came in that the dog had been seen some 6 kilometres down the road at another junction. Police finally found nine-month-old “Idefix” and called him by name thanks to a call from his owner, who informed them that he’d escaped some time earlier in the evening.

Idefix was finally captured after travelling some 15 kilometres along the motorway before police could return him safely to his owner.