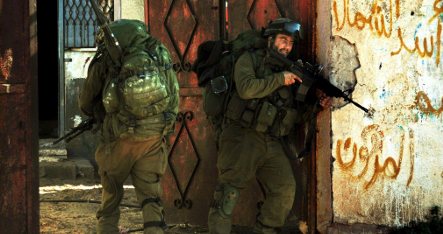 Deputy foreign minister Gernot Erler told public broadcaster ARD it would be “difficult to decline” such a deployment if Germany is asked to step in by both sides as it was during the recent war in Lebanon. But he added that current discussion over a German operation in Gaza is hasty considering the ongoing violence there.

Erler welcomed Thursday evening’s UN resolution calling for a ceasefire on both sides and a withdrawal of Israeli troops from Gaza, saying it was in line with the German stance on the conflict.

Last week Germany called for efforts towards a ceasefire in Gaza to intensify but said that any truce must ensure Israel’s long-term security. The comments came as Israeli soldiers and tanks pushed into Gaza, after a week of aerial bombardment in which hundreds of Palestinians have reportedly died. Rocket fire from Gaza over the same period has killed several Israelis.

The Israeli ground offensive in the Gaza has disturbed many in Germany and though Chancellor Angela Merkel has blamed militant Islamist group Hamas for provoking the Israeli military assault, she has also been widely criticised in some quarters for not pushing harder for a ceasefire.