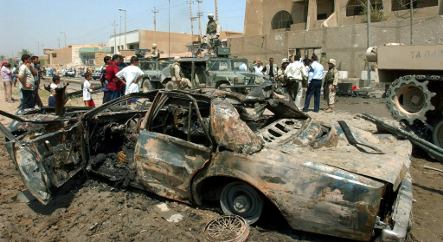 Now psychologists at a Berlin centre are offering therapy over the web, a medium whose impersonal nature often prompts victims of rape or kidnap to open up more than they would do on the couch.

The free service – Interapy – began in spring 2008 with around 20 victims of post-traumatic stress syndrome already treated and roughly 30 other patients still receiving care.

Christine Knaevelsrud, a psychologist at Berlin’s centre for the treatment of torture victims (BZFO), says 250 victims have come forward, mainly from Iraq but also from Sudan, Syria or the Palestinian territories.

“Some victims have been raped, some kidnapped. Others have been maltreated during arrests or have seen mutilated bodies,” Knaevelsrud said.

The BZFO first established a therapy centre in Kirkuk in the northern part of Iraq in 2005. Demand for the service was strong and plans are now afoot for two further centres in Erbil and Suleimaniyah.

Nevertheless, this caters for the relatively calm northern part of the country, leaving those most in need in more volatile areas alone with their trauma, Knaevelsrud explained.

“So, we asked ourselves the question: what more can we do?” the psychologist said.

The project, established jointly with the University of Zurich, takes its inspiration from treatments conceived in the Netherlands. The Internet site is financed by German’s foreign ministry, the cost of training the nine therapists is undertaken by the Heinrich Boell Foundation and the running costs are paid for by humanitarian association Misereor.

The treatment consists of three stages. The first, most difficult, step, is for the victim to write in four emails what they thought, saw and felt during their ordeal to “face up” to their trauma.

According to Knaevelsrud, many patients fail to complete these emails, stopping just at the key moment the actual ordeal took place.

Nevertheless, she adds, the impersonal nature of the Internet aids victims

to confront their ordeal.

to speak to anyone specific or sit opposite someone,” says Knaevelsrud.

The second stage consists of writing four letters to an imaginary friend who has experienced the same trauma. This helps the patient to shake free any feelings of guilt often experienced by victims.

Finally, the patient is encouraged to write a further two letters, one to him-or herself and one to the person who carried out the atrocity, as if to say “you no longer have a role in my life.”

In theory, the therapy should last five weeks but in reality the course tends to take four to six months, says Knaevelsrud.

The innovative method is not without its critics.

Christian Luedke, a trauma expert from Essen in western Germany, says that while Interapy may stabilise a patient, there is no substitute for face-to-face contact between psychologist and victim.

Nevertheless, “for the people in Iraq, Interapy is obviously better than no help at all,” Luedke concedes.