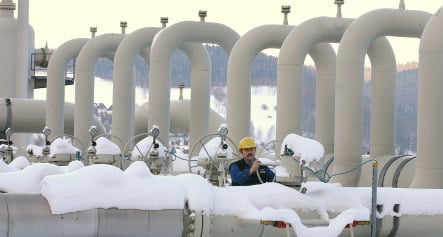 In phone calls on Wednesday morning, Merkel asked both “to get gas deliveries to Western Europe to resume quickly … The chancellor pressed both sides to return swiftly to the negotiating table,” a government statement said. Merkel “also reached agreement … that European gas industry and European Union experts be sent quickly to both sides of the Ukraine-Russian border to clarify where the causes of the deliveries problems lie.”

Putin and Tymoshenko “both expressed their willingness to allow such an investigation by neutral experts,” it added.

Ukraine said earlier on Wednesday that Russia had fully halted gas deliveries through its territory to Europe but Gazprom countered that Kiev had halted the deliveries by shutting down the last export pipeline.

Moscow has insisted that cuts in gas deliveries to Ukraine are justified as retaliation for Kiev’s alleged theft of Russian gas bound for Europe. Ukraine denies siphoning off gas and has accused Russia of engineering the crisis, which has led nearly a dozen European countries to report complete cutoffs of Russian gas deliveries.

But Putin on Wednesday said the Russia-Ukraine gas crisis will boost European support for a planned pipeline linking Russia directly to Germany under the Baltic Sea.

“Our European partners have now realised that this project is necessary and has to be carried out promptly,” Putin said at a meeting with former German Chancellor Gerhard Schröder broadcast on Russian state television.

Putin and Schröder, head of the Nord Stream pipeline project led by Russian state energy giant Gazprom which would avoid transit through Ukraine and run 1,200 kilometres (750 miles) from Vyborg in Russia to Greifswald in Germany, held talks in Saint Petersburg in northern Russia.

Baltic Sea states have voiced concern over the environmental impact of the pipeline, while Nord Stream says the project will be completed in 2012 as planned. German groups BASF and EON also hold stakes in the project.

Russia cut off gas supplies to Ukraine in a payments dispute starting on January 1.