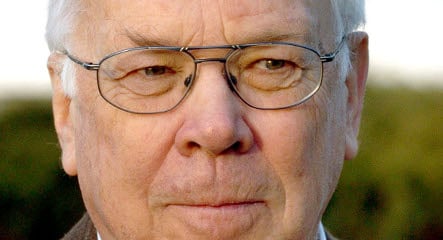 The daily Die Welt reported earlier that Merckle had been killed by a train near his home outside of Ulm on Monday and that police had ruled out foul play.

The 74-year-old Merckle was one of the richest men in Germany and his family controlled a massive pharmaceuticals empire. According to Forbes magazine, he had a total net worth last March of $9.2 billion (€6.9 billion).

His finances recently were troubled, however, and he reportedly only managed to get a last-minute loan of €400 million to keep things afloat temporarily.

“The plight of his firms caused by the financial crisis, the uncertainties of recent weeks as well as the powerlessness of not being able to do anything, broke this passionate family businessman,” the Merckle family said in a statement.

But he made a huge loss in a bet on shares in VW, Europe’s biggest carmaker, which swung violently up and down in late 2008. Just when he should have been enjoying the quiet life and arranging a seamless succession to his four sons, the debacle meant he had to go cap-in-hand to banks to persuade them to bail him and his empire out.

These talks appeared to be nearing a satisfactory conclusion, with a spokeswoman for VEM saying over the Christmas period that Merckle and around 30 creditor banks were near to a deal.

Born in Dresden in eastern Germany in 1934, he inherited in his mid-30s a pharma company from his father with just 80 employees. Step by step, Merckle built this up into a powerhouse with 100,000 workers on the payroll and annual sales of around €35 billion, lording over it in 19th-century style where unions were not made to feel welcome.

He embodied the type of shrewd family businessman that form the backbone of Europe’s biggest economy, and in particular that of the rich Swabia region of Baden-Württemberg.

Merckle was man of unremarkable and granddad-like appearance who enjoyed mountain holidays in the Andes and Himalayas. He avoided publicity and lived relatively frugally and unostentatiously in the small town of Blaubeuren.

“I have already survived quite a lot of stock market crashes,” Merckle said in a rare press interview last month. “But I was not prepared for a banking and financial crisis on this scale.”