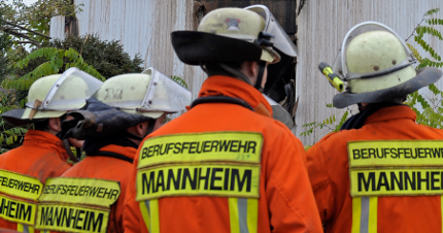 The 220-kilo (440-pound) man reportedly fell getting out of bed and broke his leg. Due to his size, he was unable to right himself and get help. His cries for help went unnoticed because of his husky voice, according to the authorities in the German state of Baden-Württemberg.

Friends from his regular drinking table, known as a Stammtisch, discovered him on Monday evening when they missed him at their watering hole.

A special fire department team rescued the man and transported him to a local hospital for treatment.