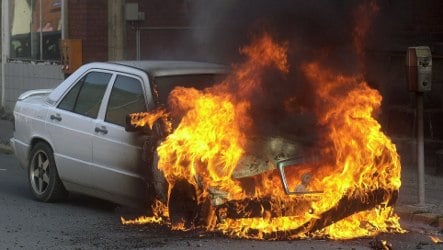 According to the police, the fire service was called to the Pettenkoferstrasse around midnight, where a car had been found in flames. Two hours later another burning car was spotted on Frankfurter Allee nearby. Both cars were badly damaged.

Several luxury cars have been set alight in the capital in the past week in what is beginning to look like a concerted attack on conspicuous wealth. Seven expensive cars were found burning in the city on Tuesday night, while another 15 were damaged by the flames. Early Friday morning a car was found burning in Christinenstrasse in the Prenzlauer Berg district.

Another six cars were consumed in a large fire early on Sunday morning in Michendorf near Potsdam. Nearby houses were also seriously damaged.

Since the police suspects a political motive to the attacks, a federal force has been called in to investigate the case.