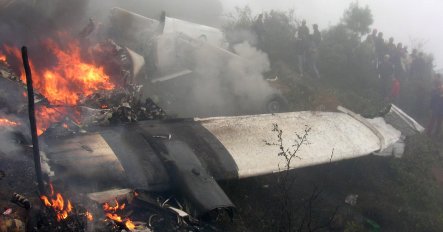 The Twin Otter aircraft, operated by domestic carrier Yeti Airlines, burst into flames after crashing in heavy fog in October at the Tenzing-Hillary airport in Lukla, Nepal’s gateway to Mount Everest.

“The inquiry found the crew failed to make the correct judgement,” said Laxman Bhattarai, spokesman for Nepal’s Ministry of Tourism and Civil Aviation. “There was a sudden change in the weather and fog surrounded the airstrip, which led to the crash,” he told AFP.

Twelve Germans, two Australians and four Nepalese died in the crash. The only survivor was the pilot.

Pilots must land without the aid of mechanical instruments at the tiny, sloping airstrip, named after Tenzing Norgay and Sir Edmund Hillary who first conquered the world’s highest peak in 1953.

Perched between snow-capped mountains at 2,757 metres (9,098 feet) above sea level, the airport handles tens of thousands of passengers annually, mostly trekkers and mountaineers.