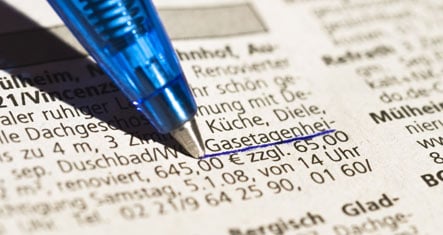 “2008 was the year of exploding energy prices,” said the president of the association Franz-Georg Rips. The cost of heating oil rose by an average of 30 percent during the year, while gas was 20 percent more expensive than the previous year.

“Tenants are going to have to foot the bill in 2009. I estimate that for an 80 square-metre apartment you’re looking at a €1,200 to €1,300 heating bill.” Rips guessed that if other costs are included, such as communal fees, rubbish collection, plus higher rents, the cost of renting an apartment could rise by as much as 40 percent in 2009.

“For poorer households, that means that almost 50 percent of the net income goes on housing and heating,” Rips calculated.

The association also warned of future housing shortages. After a sharp drop in the last few years, the number of completed apartments will drop below 200,000 in 2009. “Only around 50,000 will become flats to rent. The rest will go to home-owners,” said Rips.