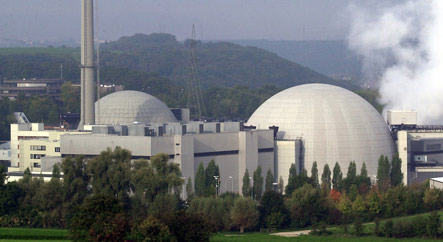 According to a report published by the news agency DDP on Sunday, a number of top institutes, including the Munich-based Ifo, the Rhineland-Palatinate institute RWI in Essen, and the German Institute for Economic Research (DIW) in Berlin fear that the consequent higher electricity costs would increase pressure on consumers and the economy at large in what are already difficult times.

“After we have gotten over the financial crisis, our biggest problem will be energy shortage,” the president of the DIW, Klaus Zimmermann, adding that Germans should “significantly delay our withdrawal from nuclear power.” This would also weaken Germany’s reliance on fossil fuels, he pointed out.

A delay is, however, only likely to happen if a centre-right coalition of the conservative Christian Democrats and the pro-business Free Democrats takes power in the general election next autumn.

Thomas Straubhaar, director of the Hamburg Institute of International Economics (HWWI), emphasised that “our main concerns should be first: safety, and second: profitability.” He said that unsafe nuclear power plants should be shut down, but that the rest should be left running as long as they fulfill safety standards.

The president of Ifo, Hans-Werner Sinn warned: “As an industrial economy we are dependent on cheap energy.”

Christoph M. Schmidt, head of the RWI, spelt out the economists’ solution. “It would be advantageous to all three points of the energy-politics triangle if the majority of the nuclear power stations were left running longer than is currently planned. It would be more profitable, it would lower greenhouse gases, and it would secure our energy supply.”

Schmidt also pointed out that if Germany’s nuclear power plants were shut down, the country would be forced to import nuclear power from France or the Czech Republic, and the population would be subject to the same safety risks.

But heavy criticism of the institutes’ position has come from the environmental protection organisation BUND, whose chairman Hubert Weiger vehemently rejected the claims. “This is pure lobbying for energy companies. The even larger protests against the (nuclear waste) transports in November, which again highlighted the lack of adequate disposal of radioactive waste, shows what people think of this kind of approach.”