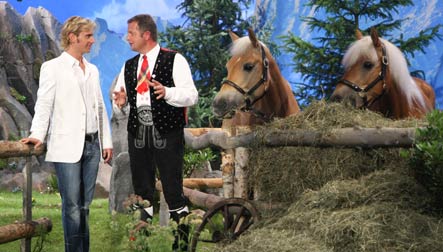 “A lot of people turn up their noses as soon as they hear the words Schlager or Volksmusik, but at parties, everyone sings along,” said society chairman Manfred Knöpke in an interview with the news agency DDP on Friday. “Those old hits are still successful.”

And this music is not only thriving on interminable Saturday evening TV shows watched only by pensioners, Knöpke declared. “Schlager parties are packed out all over Germany,” he claimed. “And at least 30 percent of the fans are under 30.”

Not willing just to defend Volksmusik from widespread charges of being hokey, Knöpke also poured scorn on modern pop music, positing the notion that Schlager songs are more durable. “Our fans have been around longer, and they stay loyal to their music,” he said. “Schlager hits and folk songs will outlive most modern pop music by years.”