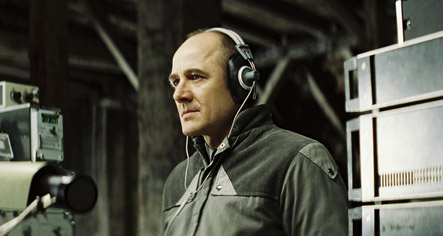 The deadline for completion of the play has been continually postponed, and two theatres, the Dresden Staatsschauspiel and the Theater Krefeld/Mönchengladbach, have had to cancel planned productions of the play in the last couple of years. But now it looks like theatre managers can start rubbing their hands over the play’s box-office potential once more.

“I’m in a good mood,” said Hans-Jürgen Drescher, head of the theatre and media department at Suhrkamp, the publishing house that holds the rights for the stage adaptation of the highly praised film.

The 2006 movie, directed by Florian Henckel von Donnersmarck, was one of German cinema’s biggest commercial and critical successes in recent years, and unlike 2004’s Hitler epic Downfall, it won the much-coveted best foreign film Oscar in 2007.

But it is still unclear when and where the play will make its debut. “There is a queue of interested parties,” Drescher said, and “concrete negotiations” are apparently under way. A final decision is set to be made at the end of February or the beginning of March.