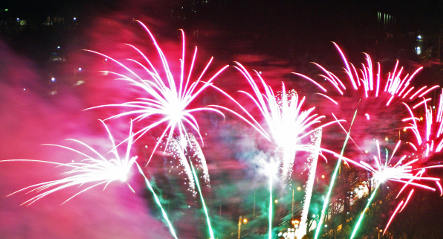 Police shut down the autobahn to insure no one was injured as countless fireworks exploded. The fire brigade was able to extinguish the fire before it could light up the truck’s entire payload, which included several hundred kilogrammes of explosives.

The authorities said the cause of the blaze was likely an overheated tyre.

The 48-year-old driver from Mannheim was able to detach his truck from the trailer after he saw the flames and was unharmed by the premature New Year’s spectacle.