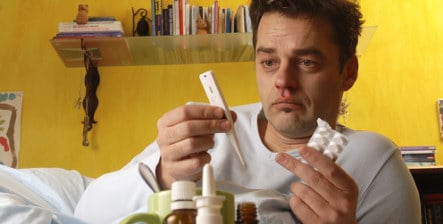 Researchers at the German Pneumology Society (DGP) said the epidemic’s origins could be in the state of Lower Saxony, where authorities registered 26 flu cases this week, double the number from the week before. More than half of the state’s municipalities are reporting high or very high sick-leave rates.

“We have to count on the spread of the flu in Lower Saxony,” said Armin Baillot of that state’s health authority, adding that data shows high rates of respiratory illness in daycare centres.

So far, the rest of Germany has been spared, and cases of flu have only appeared sporadically across the country. However, the DGP said it was only a matter of time before the number of infections outside of Lower Saxony begins to rise and the flu season really gets underway.

Physicians are recommending people get flu shots, even though it can take from 10 to 14 days after an injection for immunity to build up. But since the expected flu epidemic will likely take several weeks to spread throughout Germany, DGP researchers said many people still have time to take protective measures.